7 Tips to Distinguish the Quality of PVC Water Pipe 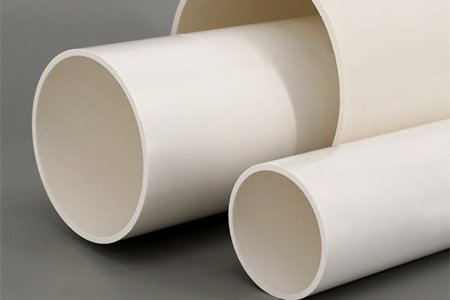 The PVC water pipe is one of the most common water supply pipes, not only used in the general family but also often used in outdoor construction, so how to distinguish the quality of PVC drainage pipe, how to buy good quality PVC drainage pipe?

1 observe the color and cut of PVC pipe

Burning or repeated damage, whether there is a pungent odor, environmental materials burning only a touch of plastic flavor.

Phthalic Acid is a widely used plasticizer that modifies or softens plastics and has been found in plastics, paints, and leather since phthalate, DEHP, DBP, BBP, DINP, DIDP, and DNOP, collectively known as 6P, for human health, the concentration should not exceed 0.1%, the concentration should not exceed 1% of the mass of all plastic materials for toys and baby care products.

On October 27, 2017, the International Agency for research on cancer (IARC) of the World Health Organization (WHO-RRB- published a preliminary list of carcinogens. 2(2-Ethylhexyl) phthalate is included in the Listcategoryg2by 2B carcinogens.

Observe whether after burning, PVC pipe from the fire self-extinguishing, whether there is light smoke and burning residues fall down;

Burst is also one of the most direct methods to test the impact resistance of PVC pipe, directly to the line pipe force on the ground burst, if the line pipe burst or directly broken into pieces, it is also that the toughness of the pipe is not enough, too many additives. Some manufacturers, in order to save costs and increase profits, added excessive calcium powder in the production of pipe, so that the price of the produced pipe is cheap, but its hardness has decreased a lot, fragile, for substandard products, this kind of PVC pipe material will leave hidden trouble to the construction process and the domestic water.

The toughness of the PVC water supply pipe is the key index when choosing and purchasing.

Both hands try to bend the two ends of the pipe 180 degrees, if the PVC pipe is directly broken or broken, this shows that the pipe bending flat performance is not high, toughness is not enough. Good quality PVC pipe is not easy to break or break, toughness, general national standards IN-5 degrees Celsius spring cold bending can not break.

PVC pipe works as hidden auxiliary materials, a direct impact on the user’s home experience, no small building home, a good life from the choice of a good pipe to start.

Hi, I’m Jennifer Wang, the funder of Joygino.com, I’ve been running a factory in China that makes water pipe cleaning equipment for 10 years now, and the purpose of this article is to share with you the knowledge related to pipeline cleaning from a Chinese supplier’s perspective.
Facebook
Twitter
LinkedIn
Prev上一个Is Citric Acid Safe for Plumbing?
下一个Is It Safe to Drink Hard Water?Next