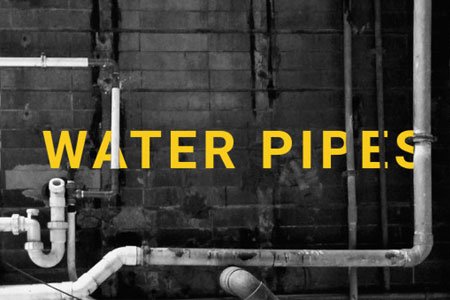 1. Popularization and use of water pipes

First of all, the premise of the washing water pipe is that there is a water pipe. China’s water supply industry has been developing slowly since the 1870s. When we were young, almost all the countryside still needed to go to the well to fetch water and carry water back. It was not until the end of the 19th century that the domestic water pipe was really popularized. It is only 20 or 30 years now. So why is it OK for the older generation not to clean the water pipes? Because at that time, they may not even have used the water pipe, so how can they wash the water pipe? If so, nothing will happen!

The dirty degree of the tap water pipe is also closely related to the quality of tap water. In the past, there many industrialized things, and there were fewer problems of environmental pollution. The water quality of water sources is much better than now. The impact of good water quality on water pipes is relatively small, such as scale is more difficult to produce. There are fewer bacteria in the water pipe, so the impact on the tap water is relatively small. But now, all kinds of pollution problems occur frequently. We often see some reports of water pollution incidents, such as the “red water irrigation” incident in the past few months. As the water quality becomes worse, the water pipes are more likely to contain dirt and scale. Therefore, regular home water pipes cleaning is necessary to keep the water transportation environment clean.

In addition, although many people don’t know it, it exists. Although it is the era of the Internet, information transmission is very fast, but unless sudden or large-scale events are reported in the news, probably no one will casually publish their family’s illness on the Internet one by one to let everyone know, but there are not a few cases of illness due to drinking unclean water.

Moreover, the impact of secondary pollution of tap water on human health is cumulative, rather than a hair trigger, so when sick, few people will suspect the cause of household water pipe pollution. However, it is a fact that the water pipe will be dirty for a long time. It is also a fact that dirty water pipes will cause secondary pollution to tap water. Drinking such dirty water for a long time will lead to the decline of body resistance, which is the cause of disease. In the past, we didn’t clean the water pipes because we didn’t have this health awareness. But now we know that we should take precautions and deal with them as soon as possible.

Hi, I’m Jennifer Wang, the funder of Joygino.com, I’ve been running a factory in China that makes water pipe cleaning equipment for 10 years now, and the purpose of this article is to share with you the knowledge related to pipeline cleaning from a Chinese supplier’s perspective.
Facebook
Twitter
LinkedIn
Prev上一个How Dirty Is The Air Conditioner Without Cleaning
下一个Villa Cleaning Case-Cleaning Dirty Water PipesNext