Does Water Have a Shelf Life? 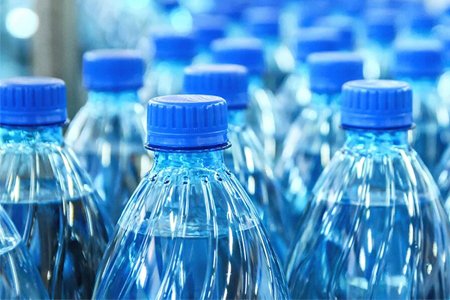 Are you curious when you see this?

From a macro point of view, natural water looks clear but has a very complex composition, and it stays clear because natural water generally circulates in two ways.

After a series of cycles of changes, natural water can remain clear, these physical processes constitute a powerful self-purification mechanism of water.

At the same time, the active flow of water can maintain a higher oxygen content and inhibit the reproduction of bacteria, sunlight irradiation can also decompose part of the organic impurities.

As mentioned above, there is actually no shelf life for the nature of the water. As a beautiful blue planet, From the beginning of its birth, there is a vast ocean and abundant water resources on the earth. The water in the nature has been the cycle, from hundreds of millions of years ago they already existed, so far they are not bad, but some of them are likely to be contaminated, so processing, disinfection, and other steps are required if we want to turn them into drinking water.

Is Bottled Water Still Safe To Drink After the Expiration Date?

In fact, the shelf life of bottled water is not set for the internal water, but for the bottle. Generally, bottled water that is generally sealed and not polluted by bacteria, dust, and other impurities can always be kept clean.

However, the containers of Bottled water will have an expiration date. Most bottled water on the market is bottled in plastic, and plastic has a degradation period. In order to improve its durability, many plastics are made from synthetic materials containing antimony, which is degraded over time, leaching out chemicals that may not be harmful, but changes the taste of the water.

Moreover, plastic bottles will appear aging and worn after a period of time. At this time, once the bottle is damaged, microorganisms will proliferate and cause Bottled water deterioration.

The water in the bottle is not really expired, in fact, after the expiration date bottled water can still be drunk, but the taste has changed.

Is It True that Exposure to High Temperatures Can Cause Substances Such as Toxic Plasticizers in Bottled Water to Dissolve in Water, Which Can Pose a Risk of Cancer?

In response to this concern, we respectively tested the bottles and the bottled water we drank.

Let’s start with the conclusion:

Below are the details of our tests.

We tested the temperature in the car at three different times.

It was found that the temperature inside the car reached 60 degrees Celsius at 3 p.m.

At this time, the bottled water in the car has reached 46.4℃, feeling a little hot.

Some people worry that the heat will leach the plasticizer out of the plastic bottles.

You know what? Don’t worry about it.

If you look at the bottom of a water bottle in your hands, you’ll see a triangle with the numbers “1” and “PET” on it.

This means that the plastic bottle is made of PET.

The production of PET plastic bottles does not require the use of plasticizers, such as phthalate, and its material chemical property is relatively stable, and generally will not occur in a chemical reaction. Pet material has an excellent performance in high-temperature and low-temperature, can be ℃ used in 120 ℃ temperature range and short-term used withstand 150 ℃ high temperature. Even on the hottest days of summer, the temperature inside a car is only 70 °C, so there’s no need to worry about chemical reactions.

The Shanghai Municipal Bureau of Quality Supervision had previously conducted safety risk monitoring of PET beverage bottles under high-temperature conditions. The results showed that there was no risk of plasticizer release from PET beverage bottles.

While the bottles don’t dissolve anything harmful, many people worry that exposure to the sun and the overnight water could allow bacteria to grow.

To counter this, we bought two different brands of bottled water and drank 2/3 of it, then shook it well and left the rest in the car for 3, 6, 12, and 48 hours, respectively, and sent it to the lab for microbiological tests.

The results are as follows:

Even after a portion of the bottled water was left in the car for two days, there was no significant change in the total bacterial count, according to the tests.

In fact, bottled water is pasteurized before it is filled, and the water itself does not contain too many nutrients, so there are fewer beneficial or harmful bacteria in the water.

In addition, there are two types of bacteria that can exist in water:

The temperature of the water is higher after exposure to the sun. The water temperature at 3 pm can reach 46.4 °C, which is not suitable for the growth of microorganisms. In addition, the ultraviolet rays in the sunlight also have a certain bactericidal effect, these all cause the microorganism in the bottled water is not easy to grow.

So you really don’t have to worry about drinking the overnight bottled water that is not clean enough.

3. Where does the Odor Come From in the Bottled Water After Exposure and Overnight?

Although the test data show that there are no health and hygiene problems after exposure to bottled water, many people still think it does have a strange odor.

Results show that neither tested positive for Volatile organic compounds.

But at this low concentration, there’s not much to worry about.

In addition, we also looked into some information and found a number of possible sources of odor.

Antimony oxide is a kind of catalyst used in the production and processing of PET materials. After exposure to high temperatures for a long time, antimony in Bottled water bottles will dissolve into water, thus stimulating the skin, and throat, and affecting the taste.

Besides, under long-term high-temperature conditions, PET materials will also release some small molecules, such as acetaldehyde, acetaldehyde is non-toxic, but there is a special smell, a very small amount will affect the taste.

Shanghai Municipal Bureau of Supervision has done experiments that found that the release of acetaldehyde in bottled water bottles increased significantly under high-temperature conditions.

In addition, there are some bottled water is made of PVC material, the full name of PVC is polyvinyl chloride, it will decompose and produce hydrogen chloride at more than 100℃ or after a long time of sun exposure, hydrogen chloride is easy to blend into water, and will significantly enhance the acidity of water, change the taste of water, but does not affect water drinking.

But you can rest assured that for regular brand bottled water, these dissolved substances will meet the relevant industry standards of FDA for food contact materials limit, mostly will only affect the taste of bottled water, there’s no risk to human health.

Bottled water can also smell bad if not handled properly during processing. For example, when the ozone in bottled water is not fully decomposed, it can cause the water to smell fishy. In addition, pipes, filters, storage tanks, and other processing equipment cleaning and disinfection are not thorough, which may also lead to bottled water having a strange smell.

The PET material has semi-permeability, even if the bottle mouth is sealed well, the foreign odor is also easy to contaminate the product, resulting in odor in the water.

As processed water, bottled water has a shelf life. Bottled water can be safely drunk within one year according to its production date and storage conditions.

Actually, FDA does not require a shelf life for bottled water. However, Bottled water is classified as a food product and regulated by the U.S. Food and Drug Administration (FDA) and long-term storage of bottled water may result in aesthetic defects, such as off-odor and taste. Bottlers may voluntarily put expiration dates on their labels.

According to Oxford English Dictionary, Shelf life is the length of time that a commodity may be stored without becoming unfit for use, consumption, or sale.  In other words, exceeding this limit does not necessarily mean deterioration, but after the best drinking period is no longer suitable for sale, quality has declined. Because long-term storage of water can lead to problems such as bad taste, some bottled water manufacturers will be marked on the bottle 18 months shelf life.

How Bottled Water Should be Stored Properly?

So how can you store and drink bottled water without affecting its taste, below are some suggestions:

Due to the supersaturated condition of calcium and magnesium in the freezing process of mineral water, and with the decomposition of carbonate, there will be white precipitate, especially for the high content of calcium and magnesium, when the mineralized water is more than 400mg/L, there will be white flake-like or microgranular precipitation. The analysis data of the laboratory also proves this point. Compared with the analysis of the raw water after freezing of many kinds of mineral water, the bicarbonate and calcium ion in the frozen water is obviously reduced because of the white precipitate, but other ingredients in the water, particularly micronutrients, such as metasilicate and strontium, have not changed significantly, so drinking frozen mineral water is not harmful, but the presence of sediment in bottled water can affect the look and feel. 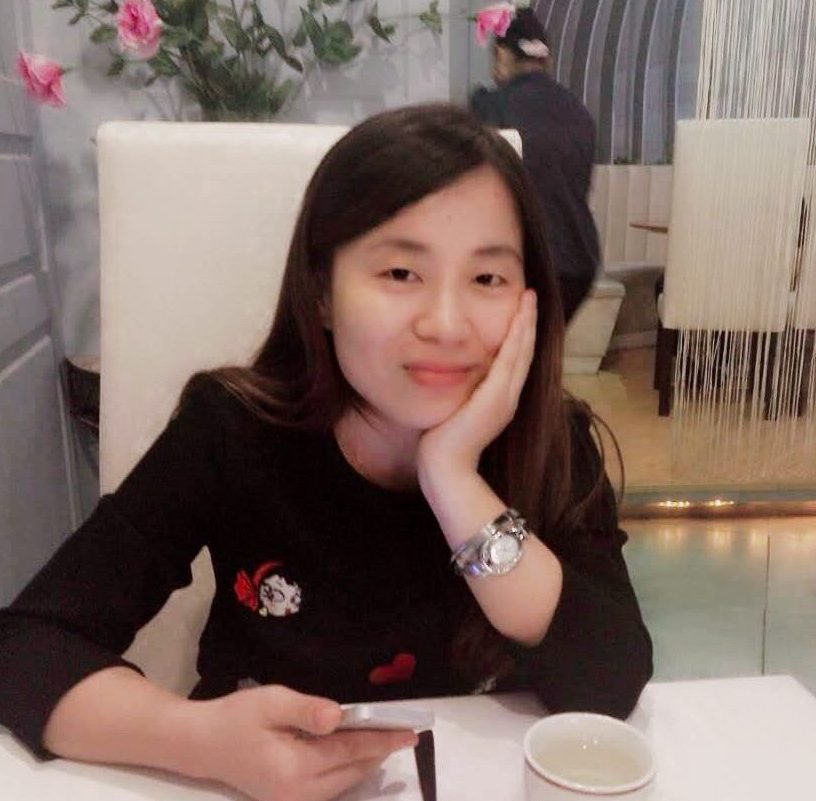 Hi, I’m Jennifer Wang, the funder of Joygino.com, I’ve been running a factory in China that makes water pipe cleaning equipment for 10 years now, and the purpose of this article is to share with you the knowledge related to pipeline cleaning from a Chinese supplier’s perspective.
Facebook
Twitter
LinkedIn
Prev上一个Is Drinking Slightly Alkaline Water Good for You?
下一个Is Pure Water Harmful?Next